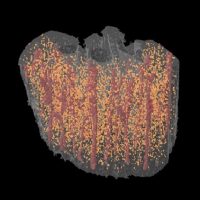 Investigating the effects of reduced muscle activity on bone mechanotransduction

We are using techniques developed in the lab to investigate how muscle paralysis affects bone mechanotransduction.  Using a rat disuse osteoporosis model (Botox injection to hindlimb muscles), we are assessing whether reduced mechanical loading causes changes in the bone microporosities and osteocyte environment that then diminish bone’s ability to detect mechanical loading.  While there are large variations in the intracortical microporosities across the rat tibia, we have found that both the vascular and lacunar porosities are significantly influenced by Botox injection. The vascular porosity increased and the vascular canal separation decreased, while the osteocyte lacunar density was significantly reduced in Botox-injected rats compared to controls. These microstructural changes could influence fluid convection in the lacunar-canalicular system, possibly altering osteocyte mechanotransduction and molecular transport around the osteocytes. 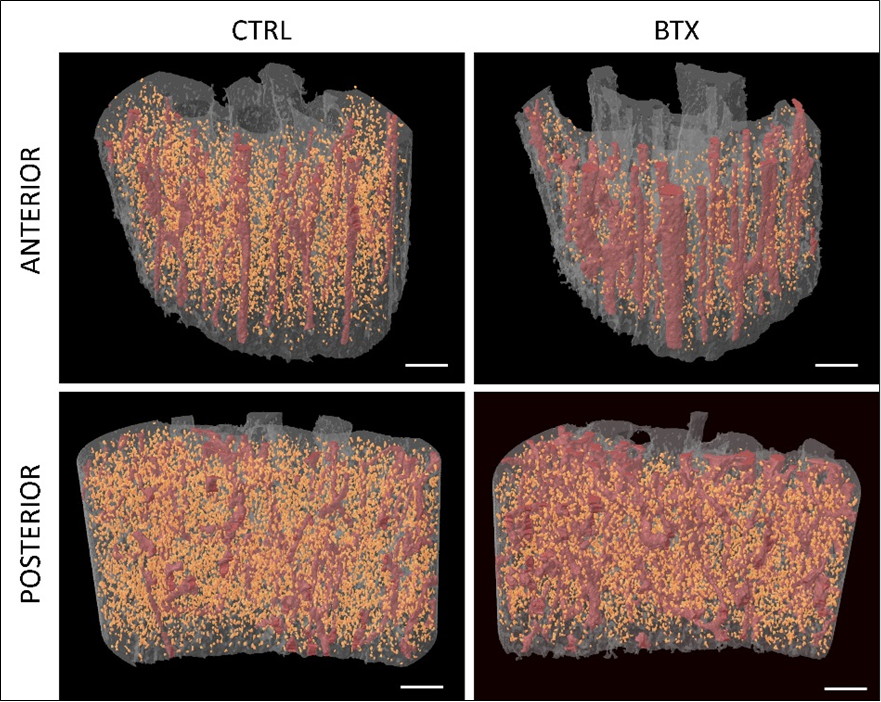 Intracortical porosity within the cortical bone of the proximal tibia anterior and posterior regions. Comparison of Botox-injected (BTX) against the saline-injected control (CTRL)