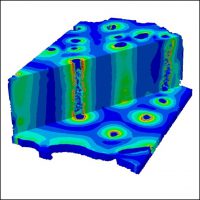 Investigating the effects of estrogen deficiency on bone mechanotransduction

The lab has used a rat model of postmenopausal osteoporosis to investigate the effects of reduced estrogen levels on mechanical load-induced interstitial fluid flow.  Over the last several years, we have developed and utilized several methods to assess bone microporosities and the osteocyte microenvironment, including:

(2) The use of transmission electron microscopy to assess the morphology of the osteocyte lacunar-canalicular network (Sharma et al., 2012).

(4) The use of a controlled, externally applied mechanical loading device to assess interstitial fluid movement in cancellous and cortical bone of the rat hindlimb (Ciani et al., 2014).

Results demonstrate that loss of ovarian function produces an increase in the microporosities (particularly the vascular porosity) of the rat tibia, along with an increase in effective osteocyte canalicular diameter.  Computational work in progress demonstrates that the changes in cortical microporosities produced after estrogen loss result in reduced interstitial fluid flow around osteocytes, which could negatively affect mechanotransduction and contribute to osteoporotic bone fracture.

Representative SHAM and OVX three-dimensional renderings of fluid velocity magnitude (µm/s) at the time point when the velocity is maximal. Axial and transverse sections are shown 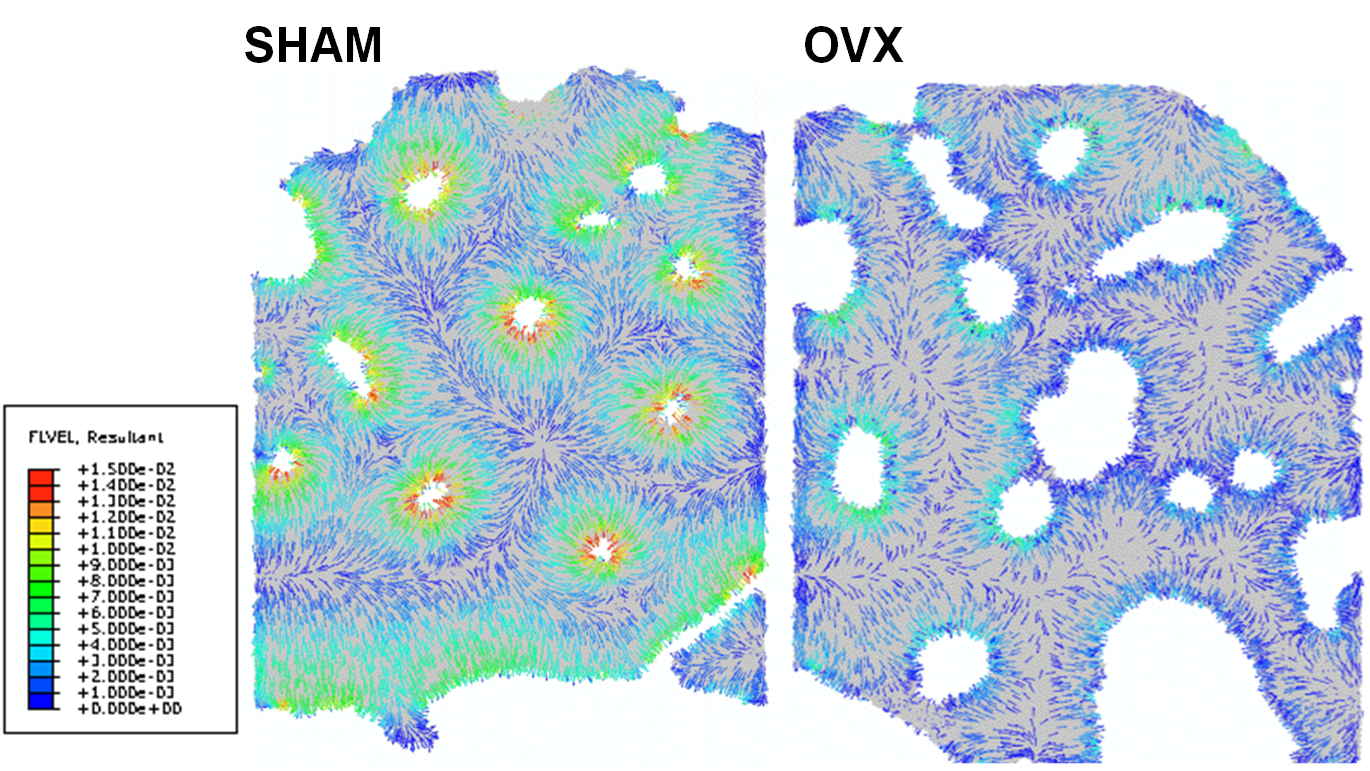 Cross-sectional renderings of fluid velocity vector direction and magnitude (µm/s) from a cross-section of the same SHAM and OVX models.